How to Remove Hornets Getting rid of hornets is no task for the faint of heart. Hornets are large when compared to wasps and other stinging insects, and a hornet sting delivers a much larger dose of venom as well.

Persons with known allergic reactions to bee stings or insect bites should not attempt hornet removal on their own, as one hornet sting could be fatal.

However, for those who want to tackle the problem of how to get rid of hornets on their own, great care should be taken to avoid injury or worse.

This should only be attempted if the nest is small and in a location that is easy to access. The best time to attempt removal of the nest is at night when the hornets are in the nest.

While wearing a protective bee suit, including a veil, use a heavy-duty plastic bag to engulf the nest and seal it shut. The nest can then be dislodged and disposed of.

Leave your information and we will call you back in the next 30 minutes.

Leave your information and we will contact you in the next 30 minutes.

During regular business hours. After hours inquiries will be returned the next business day.

There are over-the-counter sprays designed to kill hornets and wasps. The aerosols in these products are designed to spray long streams of poison, allowing the person using it to stand a considerable distance from the nest.

Care must be taken, however, when choosing this method to kill hornets, because, upon the first application, angry hornets will emerge from the nest. Continuing to spray the hornets as they emerge will help to kill them, and most will die upon contact with the spray.

The risk in using the method is being unable to keep up with spraying the hornets as they emerge, making it also imperative to wear protective gear while attempting to kill hornets with this method.

What If a Hornet Sting Occurs?

A hornet’s sting can be extremely painful, with redness and swelling at the site of the sting developing quickly. The sting should be monitored carefully and medical help sought if the redness worsens or travels beyond the sting site.

Call a Professional for Safety’s Sake

When faced with the dilemma of how to get rid of hornets, the best course of action is to call a professional exterminator. These professionals are trained to assess the situation, come up with a plan of action, and administer the plan to safely, effectively and completely rid the premises of hornets.

Back to Hornet Exterminators, Removal & Control

Home » Hornet Exterminators, Control & Removal » How to Get Rid of Hornets

Call Now To Schedule Service
(855) 268-9675
Or Leave Your Information Below and We Will Call You Back in the Next 30 Minutes
Antworks Pest Control
Serving Vancouver WA, Portland OR and Beaverton OR area. Fully certified and trained technicians. 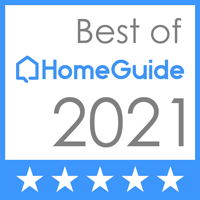